Harry Nile is a former Chicago cop, who quit the force after uncovering a vein of corruption. He stalks the rainy streets of pre-war Seattle on behalf of private clients with the help of his assistant, a lady named Murphy.

Phil Harper stars as Nile, with Pat French as Murphy, in this exciting series that has been heard on radio stations coast to coast in the U.S. and Canada, on satellite radio, and reached a worldwide audience online. After more than 25 years, it's the longest running private-eye show in American radio history!

See for yourself how Harry Nile has taken radio to a new level of entertainment in the first 23 episodes of this classic series.

Jim French Productions produced over 800 full cast radio shows from 1975 through 2017, including such favorites as Harry Nile and The Further Adventures of Sherlock Holmes, which were broadcast on radio in the United States under the Imagination Theatre banner. Originating on KVI AM radio, and later KIRO AM and KIXI AM radio, Imagination Theatre was nationally syndicated to an additional 120 broadcast outlets. Jim French programs can be heard nationally on SiriusXM RadioClassics (Channel 148). 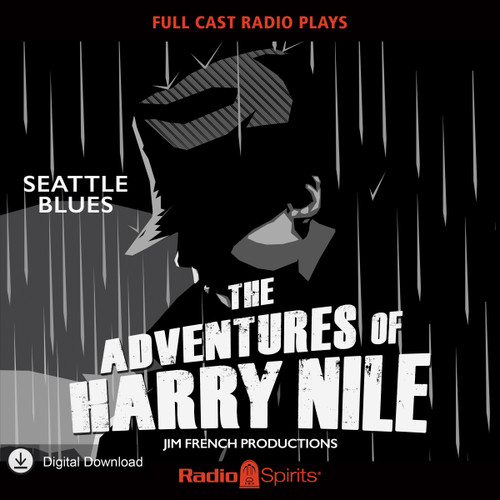