Phil Harris was brash, egotistical, and charming as hell. Alice Faye was regarded by George Gershwin and Cole Porter as the best female singer in Hollywood. Together, they starred in one of the most uninhibited and funny comedy series on radio.

Benefiting from the likeability of its stars, a wonderfully cast group of supporting players (Elliott Lewis, Walter Tetley, Robert North, Jeanine Roos, and Anne Whitfield), and one of the most prolific and clever writing teams of the mid-twentieth century (Ray Singer and Dick Chevillat), The Phil Harris-Alice Faye Show is a complete delight.

This collection features 20 digitally remastered programs, eighteen of which are available for the first time anywhere . So, sit back, relax, and enjoy the misadventures of the Harrises, their two daughters, and one left handed guitar player.

Includes a Program Guide by Rodney Bowcock with photographs and background information about the programs. 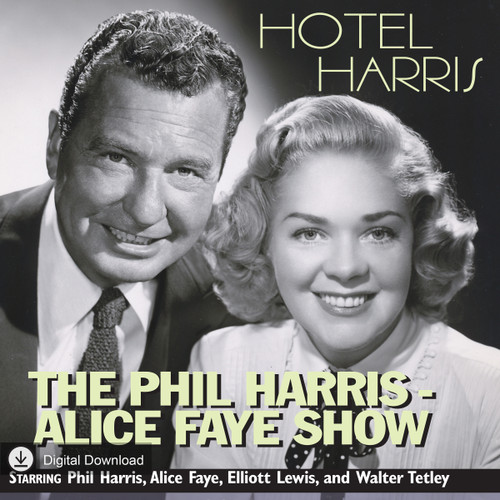