"She sauntered in, moving slowly from side to side like a hundred and eighteen pounds of warm smoke."

If you got the idea that Pat Novak was a rather single-minded fellow, you'd be wrong. He appreciated liquor every bit as much as he appreciated women. He could be found most nights popping shots and wisecracks with his saloon-owner pal Jocko Madigan (Tudor Owen). But, most of all, he appreciated the crisp greenness of a new fifty-dollar bill.

Operating out of the grim San Francisco waterfront, Novak didn't have much use for anyone, and didn't much care who knew it. He had no respect for criminals, and even less for the police, especially as personified by his nemesis Inspector Hellman (Raymond Burr). Novak, as played by Jack Webb, was every cliché of a Hard Boiled Detective ever written, and that was exactly what made the series' inimitable combination of gritty drama and straight-faced satire work so well. 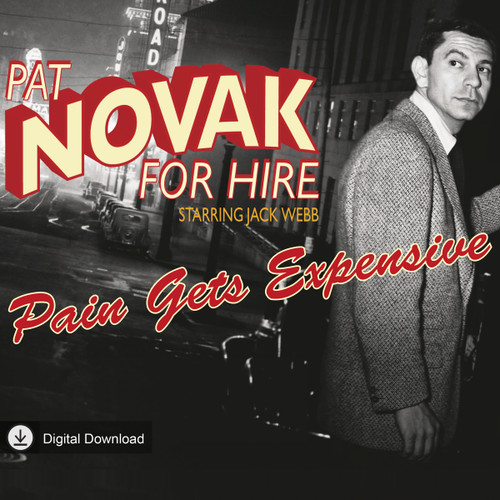