I Was a Communist for the FBI (MP3 Download)

In 1941, the FBI asked citizen Matt Cvetic to join the Communist Party and report back on their activities. After emerging in 1950 to testify before congress about his experience, his exploits were chronicled in magazines, on the silver screen, and in a taut and entertaining radio series suggested by his real life adventures: I Was a Communist for the FBI.

Starring Dana Andrews as Cvetic, this exciting radio series conveys the machinations of the Communists in the U.S. during the period. You'll hear tense stories of how the Communist Party took over unions, infiltrated social groups, and struggled to uncover FBI spies in their midst. Follow Cvetic's constant effort to uncover Communist plans, and to help the FBI thwart them, while avoiding the snares the Party set for informants within their ranks.

This 8-Hour set includes 16 digitally restored and remastered episodes of cold war conspiracy and international intrigue - plus, a Program Guide by former FBI Special Agent Jack French with photographs and information about both the series and the FBI. 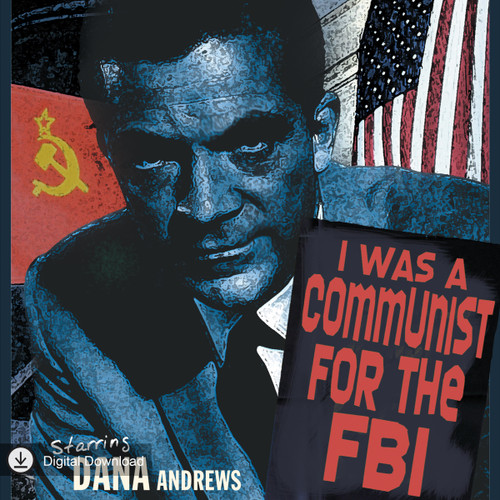 I Was a Communist for the FBI (MP3 Download)